The Australasian Lymphology Association Ltd is a Company limited by Guarantee - download the current Constitution here.

Leonie has worked with people with lymphoedema in her role as the Physiotherapy Cancer Care Team Leader at Royal Brisbane and Women’s Hospital since 2007, and is a co-facilitator of Level One and Level Two lymphoedema management courses. She recently led the pilot of a clinical pathway to improve access to lymphoedema services in an outer metropolitan region as the principal project officer.

Leonie has been an ALA director since August 2015 and Vice-President in 2016/17 before becoming President in May 2017. She has been a member of the Professional Development and Education and Equity Committees, and is a former ALA Queensland State representative.

Dr Liz Dylke is a senior lecturer in the Discipline of Physiotherapy at the University of Sydney.  She finished her PhD on the detection of upper limb lymphoedema in 2013.  She completed her lymphoedema training in 2010.  Since 2013 she has been involved with the ALA on numerous committees, including the research and editorial committees.  Liz is passionate about lymphoedema research, including supporting new researchers and clinically driven projects.

Until recently, Liz has chaired the Editorial Committee, and is also currently Editor of Lymph Exchange.

Outside of work, Liz loves being outside exploring, biking and snowboarding with her family.

Sue Butcher has been as a massage therapist for 15 years, having completed the Diploma of Remedial Massage at the School of Massage and Natural Therapies in 2003, and is now proprietor of Back Straight Massage, a business with professional clinics in Albury and Holbrook, employing six therapists and doing over 4,000 one hour treatments a year. Sue also practices in Wagga two days a week with a Vascular Surgeon, treating swelling cases.

In 2004 Sue was diagnosed with an ovarian tumor.  This resulted in edema of her leg and brought her to understand the world of Lymphoedema and how little was known of the condition. Sue pursued intensive training with Elsebeth Peterson in February 2012 as per NLPR guidelines.

Both sides of the business were developing quickly and husband Julian came on board to assist with the management role and daily running of the business.   She now works full-time treating and educating Lymphoedema and Lipoedema patients.

Outside of work Sue’s passion is gardening including helping coordinating the Holbrook Community Garden with a small group of people, producing vegetables for the seniors in our community, and on occasion hosting workshops.

Kim is a Physiotherapist with nearly 30 years’ experience that culminated in her training as a Lymphoedema therapist in 2008. Using her skills in rehabilitation, counselling and exercise has allowed Kim to guide people to be active in all aspects of lymphoedema care from early detection to coping with chronic dysfunction. Joining the Macquarie University ALERT program in 2018 has been a new adventure in Lymphoedema care which extended to the role of Team Leader for the Surgical Assessment clinic earlier this year.

Kim has been part of the ALA Membership Committee  for the past 2 years and brings with her previous School Board experience, and currently holds the position of Chair on this committee.  In May 2020, Kim was elected as Chair of the Finance Committee.

When relaxing Kim can be found cooking, gardening, or out with her dogs and adult children.

Jodie is a physiotherapist who works in both the public and private sector treating Lymphoedema in New Zealand. She attained her lymphoedema qualification in 2007 and worked as a Macmillan advanced practitioner rehabilitation lymphoedema physiotherapist in Wales before moving to NZ in 2012. She is a published author and has won NHS and BLS awards for her contribution to research and at risk programs, which is her passion.

Outside of work she loves spending time with her family and having adventures with her little girl.

Elizabeth is a physiotherapist with her own private Lymphoedema and Cancer Rehabilitation practice.  Working in cancer rehabilitation and palliative care since 2010, she undertook lymphoedema training in 2013.  Her initial work was done in setting up a formal service at a rural health service, and she went into private practice when she returned to Sydney.

Elizabeth has been a member of the ALA's Membership Committee since 2019 and the Physiotherapy Association's Cancer, Lymphoedema and Palliative Care committee since 2018.  Elizabeth was appointed to the ALA Board in May 2020.

Outside of work, Elizabeth enjoys spending time with her family, coaching and managing sport, gardening, cooking and spending time outdoors..

The Australasian Lymphology Association (ALA) is committed to promoting the development of lymphology in Australasia. The Association will strive to improve the management of those with, or at risk of developing lymphoedema and enhance communication between health professionals, educators, relevant authorities and government in regard to oedemas and lymphoedema. 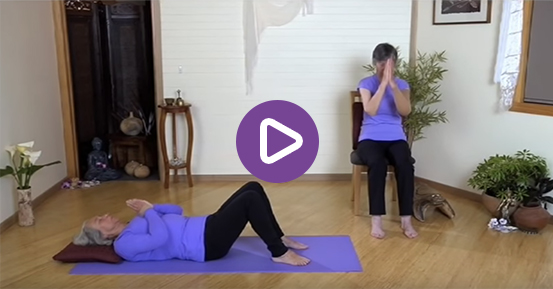